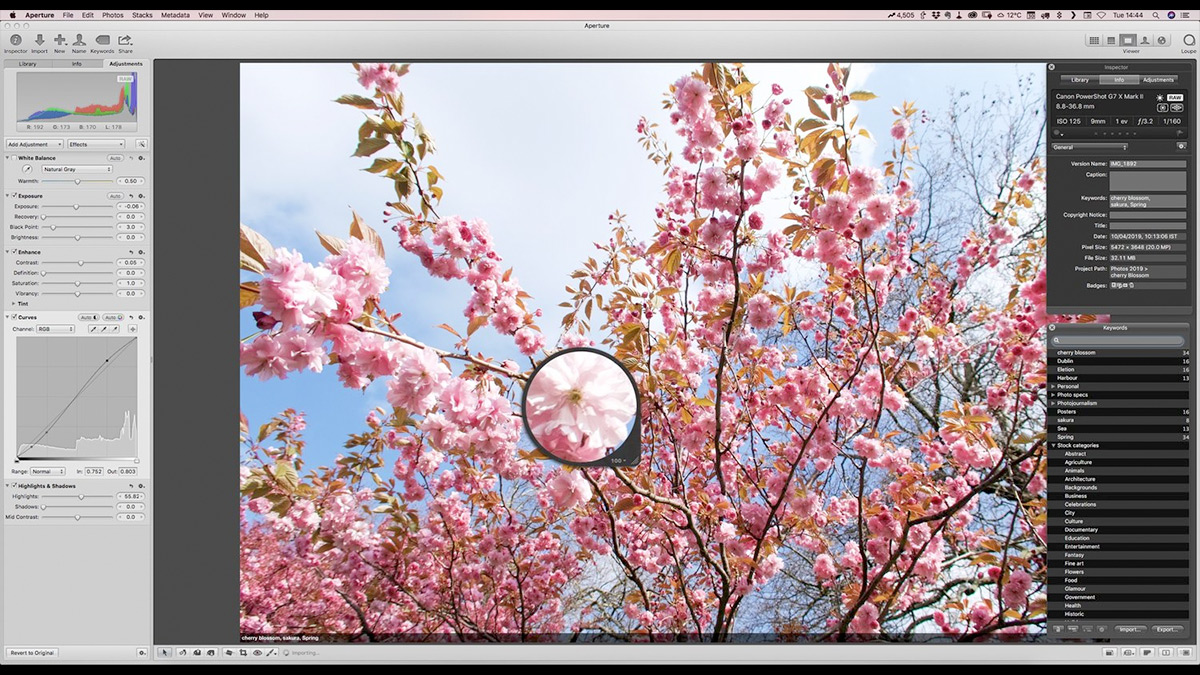 Despite being discontinued several years ago, Apple’s Aperture software still worked for the most part with current setups, but that is about to change. Apple has issued a warning that Aperture won’t work with the next version of MacOS after Mojave.

Aperture will no longer work because Apple is planning to remove all legacy 32bit code from the next MacOS. Aperture isn’t the only casualty of this, and the change is also affecting legacy video codecs and Final Cut Pro. Apple has issued a support document outlining how you can import your library into Photos and Lightroom.

I find this news a bit sad for personal reasons, although not that surprising. For me, Aperture represented the beginning of what I do now. I was amazed when it first came out, as there was nothing like it at the time. I also realised that there was a good deal of interest in the software, and I set up a blog talking and writing about it. It’s what led to this blog and all of my work since. I even got my first experience publishing by writing a book about Aperture (which amazingly enough still sells a few copies every month) Even though it was discontinued nearly four years ago, it is sad that the final nail is being put in its virtual coffin.

While photography software has moved on a lot in the last four years, there are many things that still make Aperture unique, and many things that only Aperture did, that still hasn’t been replicated by other software. I was really disappointed at the time that Apple discontinued this software, and I still am. Photos is nothing like it, and frankly, no other software can still come close to the organisation and ease of use. Unfortunately, even at the end of its life, it had fallen significantly behind in several other areas, especially processing. It never had automatic lens corrections or even automatic chromatic aberration correction, two things that I would consider deal breakers in modern software.

If you still rely on Aperture then you can still use it so long as you don’t upgrade the operating system. It should be noted that this does come with a cost. I’m currently running on High Sierra still on my Mac Pro and even now I’m finding some applications require Mojave. If you need to continue to use Aperture though, freezing your current system (i.e. not upgrading the operating system, and possibly other applications) is the only real way to do it.

While Apple details steps to import your library into Photos or Lightroom, it should be noted that Capture One also has the option to import Aperture Libraries. I haven’t tried this personally, but the option is in the File menu under Import Catalogue. If anyone has any experience of this please let your fellow readers know by leaving a comment below.