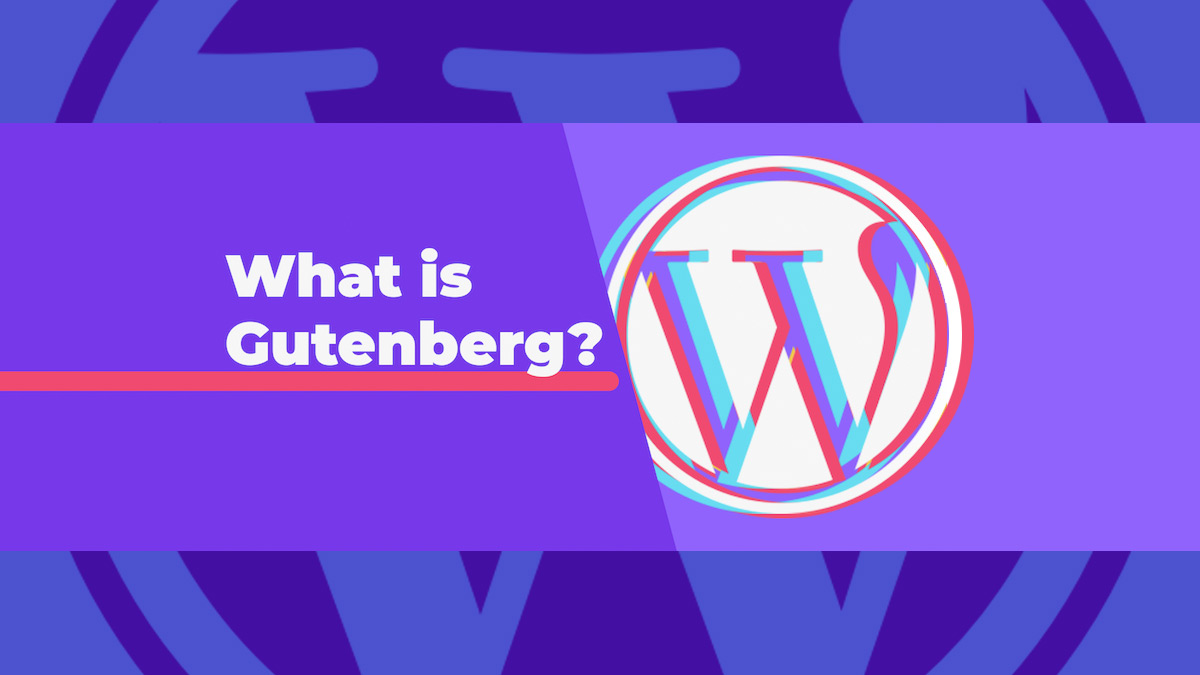 ordPress is about to change in a really big way.

After many months of development and testing, the platform is making one of the most drastic shifts in its history. A shift that may frustrate many, but could make building a website a whole lot easier for a whole lot of people.

Originally, to create a WordPress website, and turn it into something that fit a brand, required a developer and designer, or for you to have some knowledge of code.

They’d need to create a theme, or buy one from a site like Envato and customize it.

And, in most cases, to customize it further, you’d need their help too.

Products like Visual Composer, and Elementor have made entire businesses off of making WordPress sites more easily customizable. They make composing a web page more visually interactive, and allow you to create entire sites, in some cases, with drag and drop functionality.

Page Builders provide you with what are called “blocks” in the side menu.

Each block represents an area of content, be it text, photos, video etc. You drag the chosen block into the main canvas, and from there you can customize its look, and functionality.

You can combine blocks, and even save them as templates that fit your customizations and ensure continuity. Or, if you prefer, you can style each individual block completely differently. Page Builders make this entirely possible, and super easy.

To achieve the same thing using the classic WordPress editor would require some development knowledge of complex shortcode. And even then, it can involve a lot of trial and error to ensure it appears on the final page the way you imagined.

Page Builders like Visual Composer and Elementor, allow you to see the results of your changes live as you’re making them.

As a result, these plugins have become, for millions of WordPress sites, a must have.

Which brings us to Gutenberg.

The next major update to WordPress will see the introduction of the Gutenberg editor.

It will see the usually stark backend with limited functionality, transformed into something resembling the page builders we’ve just talked about.

Pages will be broken up into content blocks that you can drag and drop into the canvas, edit their style and functionality, and watch your web page forming live before your eyes, with little to no coding required.

Want to change the font? You can do that and see the result straight away.

Want to change the an image, you can do that and see how it sits on your site instantaneously.

Inserting a video player, image gallery, buttons, or changing the color scheme will all be able to be done much easier; a positive change for the less technically savvy.

However, not everyone will be happy.

Some developers, and devotees to the classic WordPress editor, have already expressed their disinterest in what they see as a slightly dumbed down UI.

While extending the editor in WordPress’ previous standardized interface was complicated, the ability to easily extend the classic editor gave those users full control over their sites.

On top of that, there’s the fact that a lot of themes will not be compatible with Gutenberg when WordPress finally rolls out the new editor.

While this can be adjusted by theme creators, there’s a risk some less savvy customers may try to update to the Gutenberg edition of WordPress and mess up their site.

Plus, what does this mean for the business models of WordPress developers. If it’s easier for mere mortals to create and edit websites, will there be less of a dependency on them?

Gutenberg is the biggest change to WordPress in over a decade. You’re never going to make a sweeping change like this and please everyone.

Plus, there are sure to be growing pains. The chances of the new editor working flawlessly from day one are virtually nil. Like any update like this, it will be a work in progress for much time to come, even after its release.

In preparation for the inevitable mix of confusion and outrage they’re expecting from some in the WordPress community, the core team have a plugin that replaces the Gutenberg editor with the classic one. And perhaps that’s something to consider doing until they’ve worked out the kinks.

But if WordPress are putting it all on the line to rollout an interface change as significant as this, you have to assume there’s a reason for it.

Offering a more visually interactive way to build websites, that brings WordPress’s functionality in line with other website builders like Squarespace and Wix, brings their offering up to date. And, hopefully, sets them up for a future where people might not even be building sites on computers anymore.

So, buckle up. Because change is coming.

Link to original article on envato – See It Here